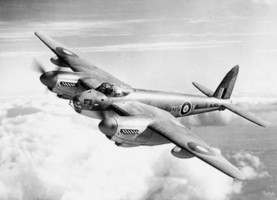 The land around Whintey was called into service at the onset of the Second World War  when RAF Banff started  in 1942and completed in April 1943. By early May 1943 Number 14 (P) AFU (Pilots Advanced Flying Unit) arrived at the airfield. The unit commenced pilot training with Oxford aircraft for the next 14 months. This unit eventually trained over 2000 pilots for the RAF before being disbanded on the 31st August 1944. By August 1944, after D-Day and the liberation of France, the German U-boat fleet withdrew from its bases in France and started operations from Scandinavian waters. At the same time there was also an increase in merchant and naval shipping along the Norwegian coastline, the Skagerrak and the Kattegat. This was to try and keep Germany supplied with materials that it required for its war making capabilities, as well as transporting vital goods such as food, weaponry, ammunition, fuel etc to the German garrisons in occupied Norway. From September 1944 onwards six squadrons, with British, Commonwealth and Norwegian airmen, operated, at different times over nine months, with Beaufighter and Mosquito aircraft from RAF Banff. These operations denied the Germans much needed materials and shipping, vital to the German war effort. The squadrons were: 143 Squadron; 144 Squadron; 235 Squadron; 248 Squadron; 333 Royal Norwegian Air Force; 404 Royal Canadian Air Force. This became known as the famous Banff Strike Wing. Due to the low level nature of the attacks, and the increased anti-aircraft defences found on the coastal channels and ships, many casualties were sustained by the Strike Wing. Approximately 87 air crew died on operations from RAF Banff during the brief nine months that it operated as a strike wing base. On September 28th 1989, at a lay-by next to the airfield, a memorial stone was unveiled to the memory of all those who died flying operations from Banff. The unveiling was performed By Group Captain G.D "Bill" Sise DSO, DFC, who was the Wing Commander of 248 Squadron while they were stationed at Banff. 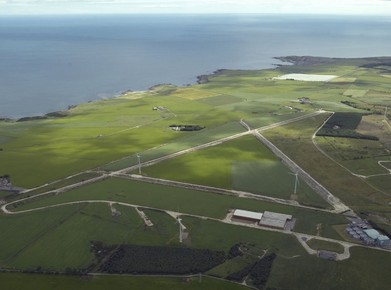 The airfield as it is today 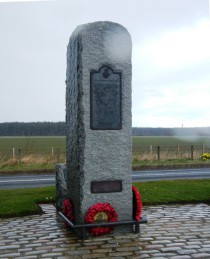