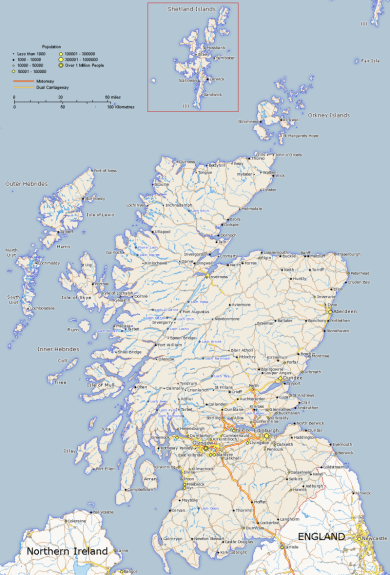 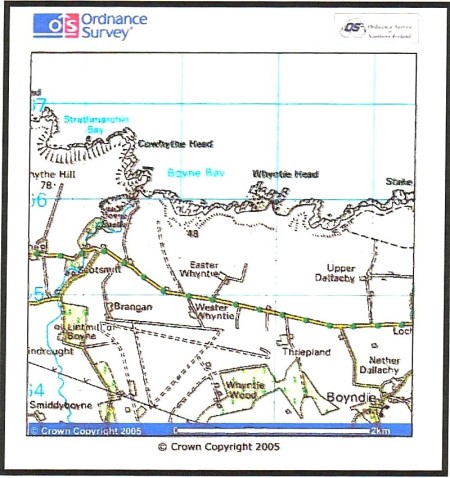 This is the land of Whyntie, with its stream, wood and bay.  Around it are the places named in the old charters, unchanged over six hundred years - Boyndie Dallachy, Brangan and Threipland 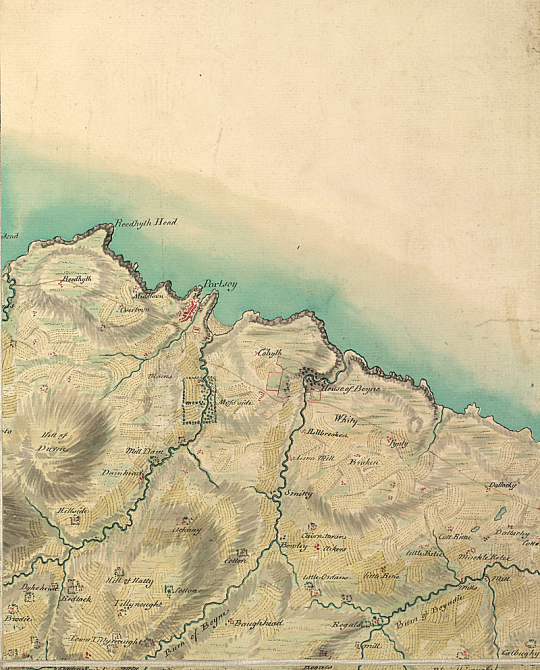 In Roy's map of 1745, drawn in the wake of the Jacobite rebellion, is Fynty, the home of the Fenty family, lying betwen Dallachy and the House of Boyne. The run-rig system of field strips is clearly shown

In the North East of Scotland a great change in the settlement of the people took place between 1750 and 1830.

Within  these eighty years, many of the farming townships, the" ferm-touns" which appear on Roy's map (above) and which had been the centres of agriculture and community life for centuries, disappeared to be replaced by larger farm units which often retained the name of the original village, sometimes qualified by an adjective such as Upper, Lower, Nether or, as in the case of Fynty,  Easter and Wester Whyntie

The ferm touns had been the basis of a communual, co-operative system of agriculture where the run-rig arrangement of unenclosed strips of land were distributed amongst the villagers to ensure no-one got all the good or all the unproductive land.  Each family got some of both.  This is obvious on Roy's 1745 map

The system was, however, very inefficient and famines occurred at least once in every generation.  It also stifled individual effort and enterprise.

The local landowners began to create planned villages with better housing, communual buildings such as a church or an inn and space for markets.

Grantown on Spey, New Pitsligo,Cullen, Lumsden are examples of planned villages.  Diversification into activities such as weaving and the making of linen was possible.  The shoemakers. masons, smiths and wheelwrights that had existed in the old ferm-touns were able to build up their businesses as specialist artisans.  The rural population increased as did the productivity of the now enclosed farms that replaced the old villages.

By 1850, four hundred and fifty planned villages had been founded throughout Scotland.

Thus the forebearers of the Fenty family would have moved from the site of their geographic origin but they took their name with them.