The PICTS were a loose confederation of Celtic tribes occupying most of  Scotland, north of the Forth.  The mountainous barrier of the Mounth , the arm of the Grampian mountains reaching the sea at Stonehaven, divided them into the Northern and Southern Picts.   Sometimes referred to as the Caledones, these fiercely independent peoples were never conquered by the Romans who eventually retreated, initially behind the Antonine Wall on the Forth - Clyde line and subsequently to Hadrians Wall, south of the Tweed.

Despite defeat at the battle of Mons Graupius and incursions by the Roman navy around the coast, the Northern Picts in general were only affected in a limited way in their culture and lifestyle by Roman contact.   The tribe called the VACOMAGI lived around the rich farmlands of Buchan, ancestral home of the Fenty's.

Seperated from the southern Picts by he Mounth, and from the incoming Scots of the west by the Monadh Liath (Grey Mountains) range and the Cairngorm Plateau, the Northern Picts would have remained barely affected by the incursions of Romans, Scots and Angles into the rest of what was to become Scotland.

With little change in the population structure over many centuries, the blood of the Northern Picts would most probably have run in the veins of the peoples of the North East into historic times 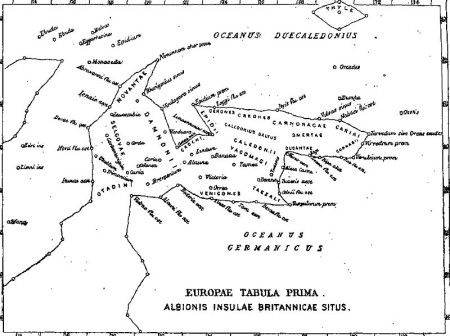 The carynx was huge war trumpet used by the Celtic peoples often with the end embellished to look like an animal such as a boar  It was played upright over the head.  A fine example of such a trumpet was found in a peat bog near Deskford, a town long assosciated with the Whyntie family

The sound of the carynx can be heard at the link :- 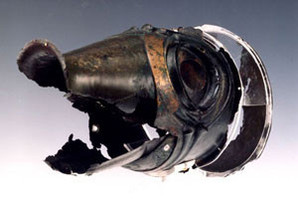 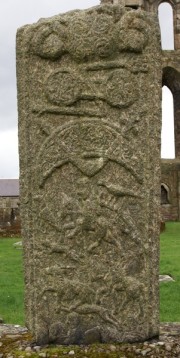 The language of the Picts has been lost but it was certainly related to the other Celtic  tongues of the British Isles, the forerunners of modern Gaelic and Welsh.   Their chiefs or kings  were selected through matrilinear descent to create as wide as possible  a selection of candidates and thus secure the most able but this may have led to internecine battles. 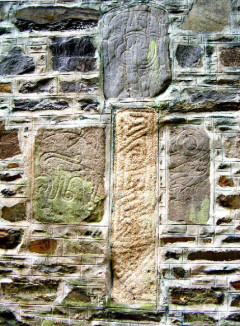 Pictish symbol syones in a wall at Fyvie Church