Apart from a circumnavigation with landings and subsequent destruction under Agricola in 80 A.D, a major battle, at Mons Graupius in 83A.D and a series of forays against the Caledones of the north, the Romans were content to stay behind the Forth-Clyde line of the Antonine wall and subsequently further south yet behind Hadrians wall.  The north of Scotland was never part of the Roman empire and, while this preserved its indepence, it distanced the peoples from many of the benefits of cultural exchange. 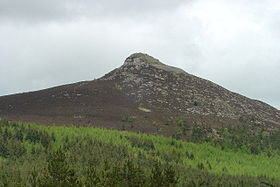 The dominant Pictish kingdom at the time of the Romans was Fortrui, situated around Moray. The Romanised name for its people was the Verturiones. 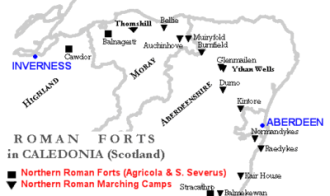 The Romans did not establish a permanent presence in the North East but the sites of their temporary marching camps and forts have been well researched showing their progress from Aberdeen to Inverness, in attempts to subdue the native tribes. 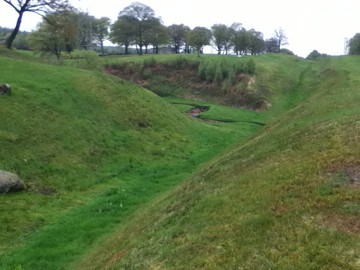 Antonine wall near Falkirk The northernmost frontier of the Roman empire